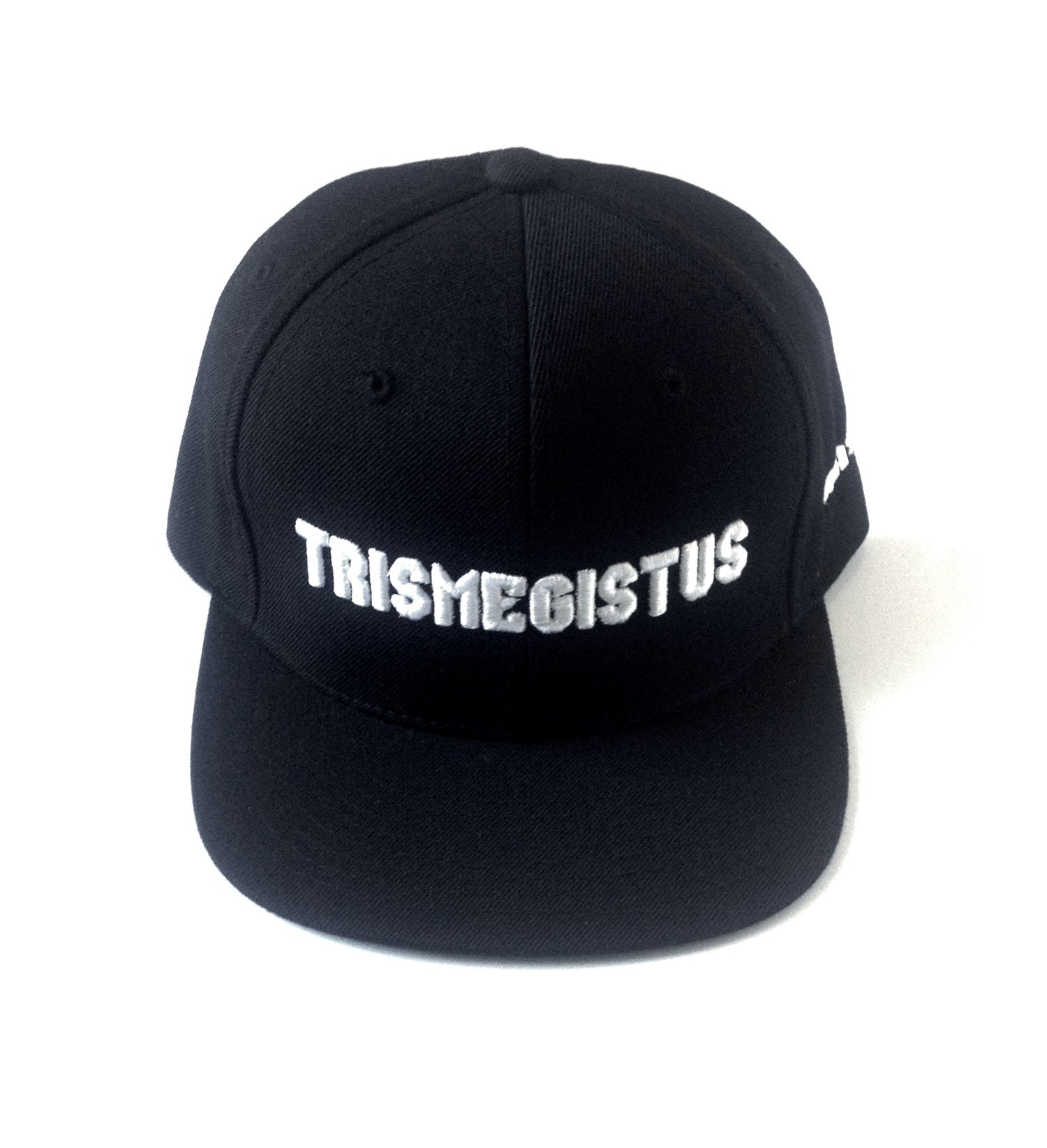 Trismegistus means Thrice Great! Greatest Priest Greatest Philosopher Greatest King. This is the name given to Egyptian God Thoth, the inventor of alchemy the god of wisdom, learning and literature. The Logos of Plato The mind of God.

There are many theories on the acquisition of the name Trismegistus, but most academics believe Hermes acquired his name from the epithet used for the Egyptian god Thoth.

The term "Thrice Great" comes from Hermes’ reputation as the greatest philosopher, king and priest.

Master of all arts and sciences. Perfect in all crafts, Ruler of the Three Worlds, Scribe of the Gods, and Keeper of the Books of Life,

Thoth Hermes Trismegistus was regarded by the ancient Egyptians as the embodiment of the Universal Mind.

[AASB] As Above So Below

5 Panel hat with white embroidery on front side and back